Migratory bats are attracted by red light but not by warm- white light: Implications for the protection of nocturnal migrants 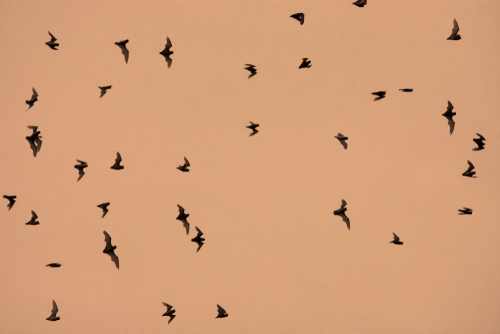 The replacement of conventional lighting with energy- saving light emitting diodes (LED) is a worldwide trend, yet its consequences for animals and ecosystems are poorly understood. Strictly nocturnal animals such as bats are particularly sensitive to artificial light at night (ALAN). Past studies have shown that bats, in general, respond to ALAN according to the emitted light color and that migratory bats, in particular, exhibit phototaxis in response to green light. As red and white light is frequently used in outdoor lighting, we asked how migratory bats respond to these wavelength spectra. At a major migration corridor, we recorded the presence of migrating bats based on ultrasonic recorders during 10- min light- on/light- off intervals to red or warm- white LED, interspersed with dark controls.